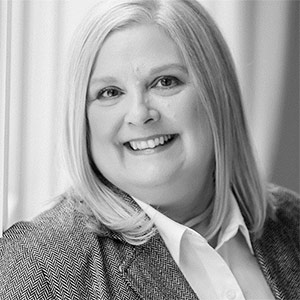 "It's difficult but doable, and you are given all the support you need."

You would expect the person who holds the title Guest Experience Manager to be interested in other people. Pody Gay is just that.

"In a nutshell, I'm in charge of people having fun," she leaned in to confide, and broke into a smile.

Her role at the Scott Family Amazeum is to supervise the team that interacts with guests who are interacting with exhibits. She and her team provide "value-added experiences" to make a visit to the museum more interesting. On repeat visits, for example, guests will not only see the exhibit but also a new prop, a pop-up demonstration, or a new way of interacting with that exhibit.

Perhaps one reason Gay seems perfectly suited for the Amazeum is found in the similarity between the goals of the museum and the course her life has taken. The museum seeks to educate families through exploration, learning and fun. Gay exemplifies lifelong learning and has explored her many interests through education. Plus, she knows how to have fun doing it.

Gay earned a bachelor's degree in recreation and park administration from the University of Missouri in 1979, with a specialization in outdoor education and interpretation. That led to a park naturalist position at Lake Catherine State Park near Hot Springs where guided hikes, presentations and work in the nature center were all a part of her job duties. From there, she segued into museum careers when she landed the education coordinator job at the Louisiana Nature and Science Center in New Orleans.

When she became a mother, her focus shifted to more flexible options for a few years, including a family business and nonprofit work involving volunteer management and fund raising.

Gay's next foray into the museum world was as education manager at Springdale's Shiloh Museum of Ozark History. She did living history and in-character demonstrations, and she belonged to the weaving and spinning guilds, reigniting an interest she had acquired in the fiber arts during her college days.

Throughout all these transitions she kept building her skills through on-the-job training, but at this point she decided it was not enough. The education position at Shiloh required more technology-related work, and she knew she had a lot to learn.

Gay knew that, to further her career in museum education, a master's degree would be necessary. She met with Cheryl Murphy, associate professor and coordinator of the educational technology program, to see if this was the program that would give her the help she needed.  After that discussion, she was sure it was the right fit. Educational technology was an easy choice for other reasons, too, as she needed the flexibility of an online program so she could continue working full time in Springdale, but also desired proximity. She wanted to be able to come on campus for face-to-face support if she felt like it was needed.

Gay began the coursework in 2008 and earned a Master of Education degree in educational technology in 2010.

Incorporating new skills as she gained them throughout the program was a huge benefit in her work at Shiloh. As the education manager, she worked with EAST (Environmental and Spatial Technology) high school classes, and her university studies gave her the technological literacy needed to be able to communicate with the students.

One of the projects Gay did with EAST students was a direct result of a class she took in the U of A program. Aware that the Shiloh museum was having difficulty reaching a generation of students, Gay equipped her EAST students to do a needs assessment to figure out what goals and objectives needed to be set and what skills they needed to have to tackle the problem. During the process, she brought in experts, such as design professionals and copyright lawyers, to share their knowledge. The students developed a website from scratch so that teens would have a voice through the Shiloh museum, and they learned all kinds of project management skills in the process. Their project won a state award for EAST Har-Ber High School students.

During Gay's time as education manager, the Shiloh museum developed a podcast program for people unable to come to the museum but interested in listening to Ozark history. She also worked with Springdale schools to develop computer-based programs for e-field trips.

With her master's degree in educational technology, she no longer felt handicapped, but ready to communicate and compete in the job market. When a friend let her know the Louisiana Children's Museum was looking for an education director, Gay was ready to go back to New Orleans. During a visit to that museum when it was new and her children were small, she remembers thinking that one day she would like to work in a museum like that. It was a strategic move for Gay, as she had every intention of gaining experience in a children's museum so that when the museum planned for Bentonville became a reality, she would be ready.

Gay began working for the Amazeum in January 2015, a few months ahead of the summertime grand opening.

"It was wildly received, which came with a set of challenges, especially crowding issues early on that are naturally going to happen when you have that kind of success."

She noted that as things settled in, they learned what their capacity really is for the comfort of the guests, and how to manage it.

Gay enjoys the way the museum benefits different groups with disparate goals. For example, a high school group of students who speak English as a second language came through looking for experiences they could relate to the literature they had been reading on the same day a preschool group came to explore.

Since technology is constantly changing, Gay goes to conferences to stay current. Professional organizations and networking help her remain prepared.

When friends ask her how she got her master's degree while she was working full time, she credits the educational technology program's flexibility.

"It's difficult but doable and you are given all the support you need."

For Gay, the most beneficial component of the program was needs assessment.

"It's a big thing. I use it constantly, from developing a particular program to figuring out if we are serving our audience."

She has implemented the skills at both ends of the spectrum, from a 28-year-old museum (Louisiana Children's Museum) assessing what they had been doing and what was working, to a museum still under construction assessing what the community wanted from the ground up.

"It's useful from the 'we've always done it that way' mentality to 'anything is possible - what do we want to do?'"

Gay credits Murphy with being a great advisor and instructor but was not surprised to find that true after their initial meeting. What was surprising was the fact that she got to know her cohort in the online program.

"There are still people that I am Facebook friends with who were part of my cohort. Some tests were proctored on campus so we would meet in person once a semester, but everything else was done through email, chats and class time online. I thought I would feel isolated as an online student, but just from commenting on each other's posts we got to each other as well as if we were sitting in the same room, which I did not expect."

As she looks toward retirement in the future, she can imagine herself trading in 10-hour days on her feet for working at her computer helping people develop online courses. The different threads of her educational and professional experiences will continue to be woven into something beautiful.

She may find more time for her fiber arts as well. That and enjoying time with her grandson. She, of course, plans to continue learning so she can keep up with him.