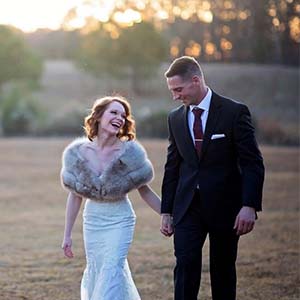 "I chose to attend the University of Arkansas because I wanted to challenge myself with a rigorous curriculum at one of the best colleges in America."

Jay Weatherford’s primary role models growing up were his coaches and they inspired him to pursue a Master of Education in Physical Education degree at the University of Arkansas.

“My students and athletes are at a pivotal time in their life,” said Weatherford, a teacher and an assistant football/head track coach at West Junior High School in the West Memphis School District. “I must be a role model while, at the same time, be strict but fair to each one of my students. Being a leader means not only teaching and coaching, but inspiring and motivating others.”

Weatherford takes his role as an educator and coach seriously, he said.

“A leader is determined by a person or group’s willingness to trust and follow that person,” Weatherford said. “If someone does not trust you, they will not see you as a leader. This is why I strive so hard to educate myself and build relationships with my students and athletes. I have never referred to myself as a leader. I want that to be a title of trust, earned in the eyes of my students. I do not try to develop ‘do-as-I-say athletes.’ I develop boys into young men who will be the future leaders of classrooms, teams, businesses and communities.”

The path to that success, Weatherford said, was not easy.

“I am a first generation, non-traditional college student,” he said. “I grew up in a single mother household and was mostly raised by my grandparents. I chose to attend the University of Arkansas because I wanted to challenge myself with a rigorous curriculum at one of the best colleges in America. I want to earn a degree from a school that I never believed growing up that I would ever be able to attend or afford.”

Weatherford is one of 23 people to receive the W.E. Manning Memorial Scholarship for online U of A students for the 2020-2021 academic year. He plans to continue to develop himself as a teacher and coach so he can one day become a head football coach and establish a football program that experiences great academic and athletic success.

“I try my best to tell my story to my athletes and students,” Weatherford said. “I have many students who believe the best thing in store for them is working at a factory their entire lives. I want them to understand what I came from, and that they can overcome their situations to achieve anything.”