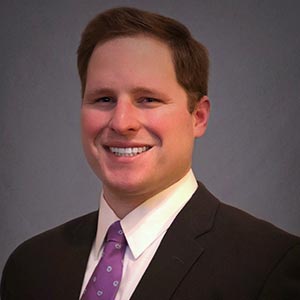 "I liked (studying online) a lot. It was much more organized. I could see everything (class assignments) and plan out my week."

James Wolfe’s middle school teacher was wrong when she said he could not succeed in college. He graduated in 2018 with a Bachelor of Arts in Communication.

Wolfe has dyslexia, a learning disability that has nothing to do with intelligence. Dyslexia makes it tough to read, spell and identify how letters and words relate to learning. Because Wolfe had that learning disability, his middle school teacher told him he could not succeed in college. But he went to college anyway.

Sometimes he struggled in the face-to-face U of A college courses that he started in 2011. The Center for Education Access provided help, but sometimes he still felt “overwhelmed,” he said.

“I liked it a lot,” Wolfe said of studying online. “It was much more organized. I could see everything (class assignments) and plan out my week. I found it much easier for me to manage my time, and I had time to double-check everything.”

“It’s priceless,” Wolfe said of earning his degree. “It will create a much happier life for me, for my fiancée, and my children, one day.”

Wolfe started a new job in Memphis in May and was married in June.