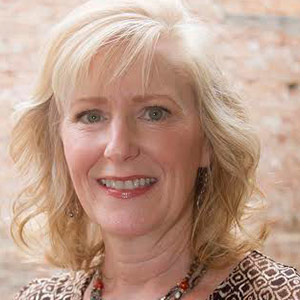 "Once you decide you're going to go back, whether to a traditional classroom or online, you've got to be dedicated and make the time commitment."

Vicki Studstill is the vice president of marketing for an engineering and construction management firm in Mobile, Alabama. Studstill attended the University of Arkansas after graduating from high school, but she didn't complete her degree. The university's online degree-completion program gave her that opportunity, and she graduated in December 2015.

Studstill said that completing her degree online was a result of the culmination of a goal that she had set for herself.

"I originally attended the University of Arkansas right out of high school and was there for three years," Studstill said. "Really, everyone I knew was either a teacher or a nurse, so I went the education route. In my third year, I realized that I wasn't meant to be a teacher. And so now, many years later, I have returned to finish at the same university where I started. I was really excited when this program came along."

Studstill's degree is in human resource and workforce development in the College of Education and Health Professions. She started by taking just one class to ease into the program and worked her way up to three. The program has been a good fit for her interests.

"My whole career has been in human resources, so it's a good fit for me," Studstill said. "It's been a great program, with a focus on training and development courses, as well as human resources courses."

Studstill said that going back to school while not actually being in the classroom was something new, but that the program worked out very well. Because she works full time, it was nice to be able to complete the program online, and she appreciated what it had to offer.

There have been opportunities for classmates to work together online via Blackboard for group projects. Studstill also said that professors made themselves available to help students in the program.

"They're readily available, either by telephone or email," Studstill said. "They have been very responsive." Studstill also credited her adviser, Phil Gerke, for providing guidance each semester.

As with any college course, the program requires time and dedication, but Studstill says it's worth it.

"Once you decide you're going to go back, whether to a traditional classroom or online, you've got to be dedicated and make the time commitment," Studstill said.