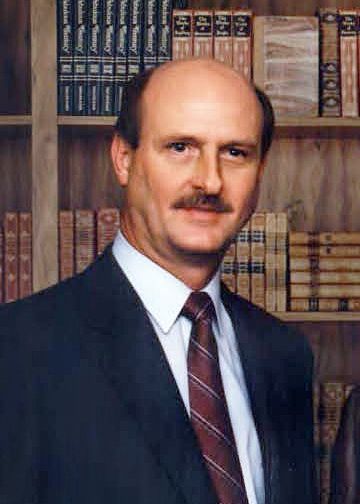 William Ellis Manning, Jr. cared deeply about higher education. He devoted much of his professional life to helping students achieve their goals through continuing education at the University of Arkansas, and he tenaciously pursued his own educational goals.

His memory lives on in two ways. First, the W.E. Manning Memorial Scholarship fund, established by Manning’s colleagues, provides scholarships annually. The first scholarships were awarded in Fall 2018. Second, the U of A awarded to Manning a posthumous doctoral degree in May 2018, recognizing his academic achievement and allowing his name to join the proud lineage of those inscribed on Senior Walk.

“He had a passion for serving students, and a passion for continuing his own education,” said Donald Judges, vice provost for distance education and head of the Global Campus when the scholarship launched in 2018. “For him, it wasn’t about the degree, it was about the learning.”

Manning lived this commitment to education. He continued to pursue his own education while at the University of Arkansas. He completed all course and examination requirements for a Ph.D. in English before deciding to focus on graduate studies more directly aligned with his professional position. He was close to completing a doctorate in Adult Education at the time of his death.

People who knew Manning said his lifelong dream was to earn a doctorate. In May 2018, the U of A will recognized Manning’s academic achievements in May 2018 by awarding to him a posthumous degree of Doctor of Education in Adult Education.

Not only was Mr. Manning admired by colleagues for what he did, he was genuinely appreciated for who he was. “He was a giver,” Dr. Donnie Dutton, then Dean of the Division of Continuing Education, said at Manning’s memorial service.  “He gave himself freely and openly without expecting anything in return.”

Dr. Gordon Herrington, a former co-worker, said in a memoriam article, “I knew him to be a hardheaded as a mule, yet one who was completely torn by compassion at the plight of another.”

Martin Schoppmeyer, a member of Mr. Manning’s doctoral committee in the 1990s, put it this way: “I never heard a harsh word from him or a harsh word about him. He was honest, straightforward, courteous, and always had time to help.”

Manning’s colleagues established a memorial fund in his name. To more fully realize their objective, the Global Campus in 2016 began working on the means to endow that fund at a level sufficient to support annual scholarships for online students. By 2018, that goal was reached, and the W.E. Manning Memorial Scholarship for online students was announced in April 2018. This scholarship will help online students in undergraduate and graduate programs to achieve their educational goals.

Manning joined the U of A Division of Continuing Education in January 1975 as director of the department of independent study, now called Self-Paced Online Courses. He also served as director of the departments of national and international credit studies and off-campus studies. He earned his bachelor’s and master’s degrees in Liberal Arts from Louisiana Polytechnic Institute (now Louisiana Tech), and he graduated from high school in Hahnville, Louisiana, as valedictorian. Manning is survived by a son, Ned Manning, and a daughter, Natasha Kendall, both of Alabama.

The work Manning, Dutton and others did in the 1980s and 1990s set the foundation for what has become the Global Campus, a service unit dedicated to developing and delivering high-quality online education and workforce development programs.